Is it a laboratory? A workshop? Or a house? Or both? The shape of the stuff your records are surrounded reminds me the instruments you build to play your music, piles of turntables and other weird devices!

Well it is just my personal room at our rented apartment where I live with my family. It is my rehearsal space, my laboratory, my workshop, my office, my store, etc. So in that room are my collections of records (the CD’s are in the hallway), my books and all the devices I might use for my music and installations. So it ist actually just a table with lots of filled up shelves around – all my friends hate it when I have to move…

Ahah! Because you ask your friend to help you when you move house?
Actually moving the record is a major issue for a lot of people I interview here (such as your fellow countryman Vasco Viviani of Old Bicycle Records).

Yes I always ask them and they always help – although they curse all the time! It is not just paper and vinyl, each turntable weighs about 15kg and I own at least 45 of them.
And there are a lot of other gear like pitchable tape recorders for my loops etc.
To move the vinyl (and the books) I just use common paper bags, so they can carry about 15 records in each hand. That’s not too heavy and ok for the back but you have to walk plenty of times… 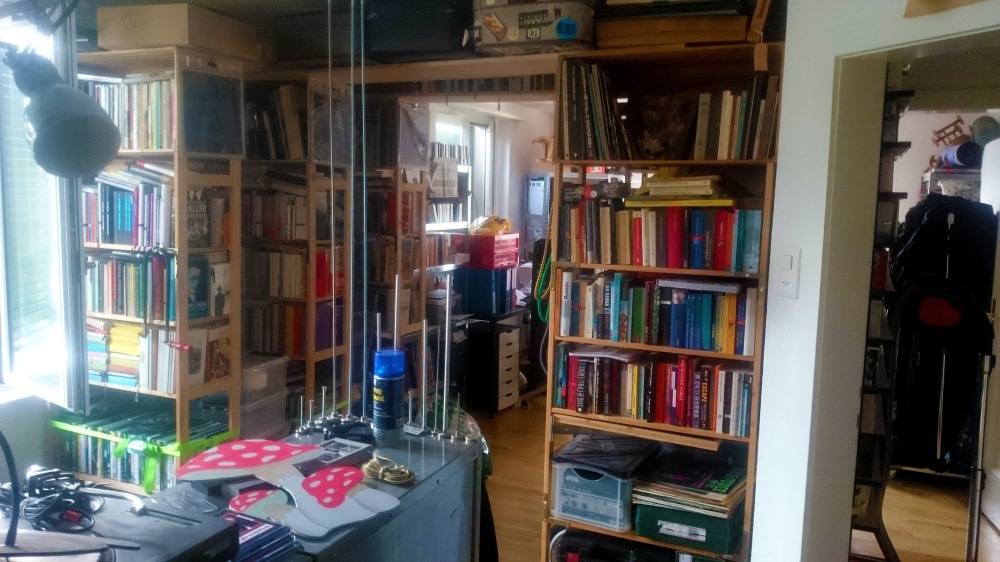 So your family hears/listens to your music when you play in that awesome laboratory and rehearsal space? Do you involve them in you playful activities? Or do they have totally different tastes in music?

I just rehearse or record when the kids are out of the house – with 1 1/2 and 3 years they would be frightened.
The mother likes my music (at least she says it) but she doesn’t want to participate.
If possible she joins me in the audience at concerts, which isn’t as often at the time with the kids. 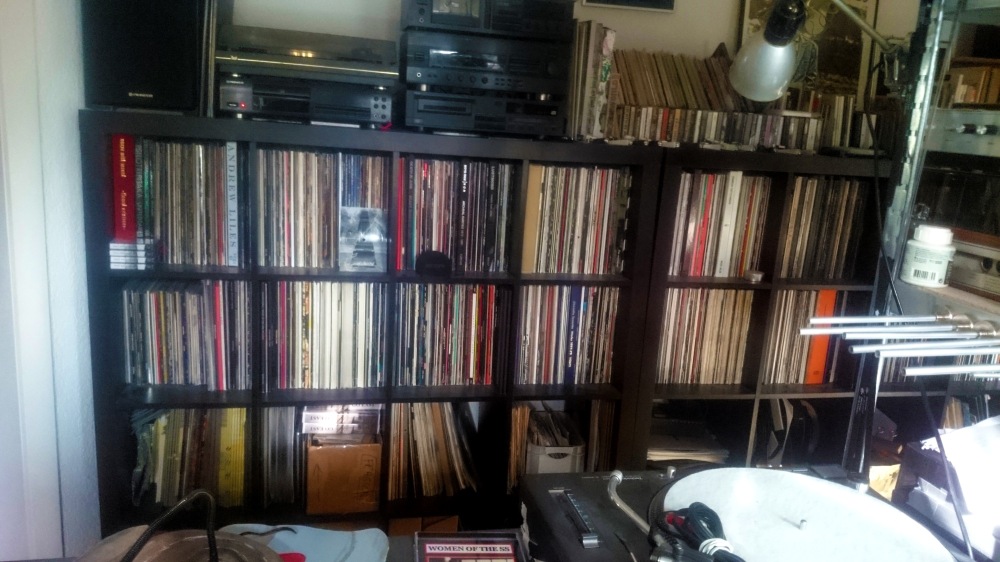 I see, me too I have two little daughters now, and it’s funny to try to get them involved in music listening and playing. But… damn! 45 turntables??? I didn’t notice them when I first looked at the picture, but now I see them lurking among the shelves, like strange creatures. Using them in the way you play, I suppose you sometimes have to put some vinyl on them, and it can get destroyed, right? How do you choose the LPs to be ‘included’ in your performances or recordings? Or do you mostly use only other material, like rubber bands and so?

Two turntables are for listening to my collection the rest I use to play life or for installations. This is hard work for the turntables and for the vinyl…

For more than two decades I have been avoiding using other people’s records, so all the fragments of sounds in my performances or recordings appear ‘accidentally’. The only exception is for ‘remixes’, last year I did a double vinyl called “Miszellen” with my reworks of different tracks. Therefore I asked artists like Asmus Tietchens, P16D4, Foetus or Tasaday and Sigillum S from Italy, for the permission to work with one of their tracks. I took fragments or loops of it to cut dubplates to play/abuse on my turntables and combine with my sounds. 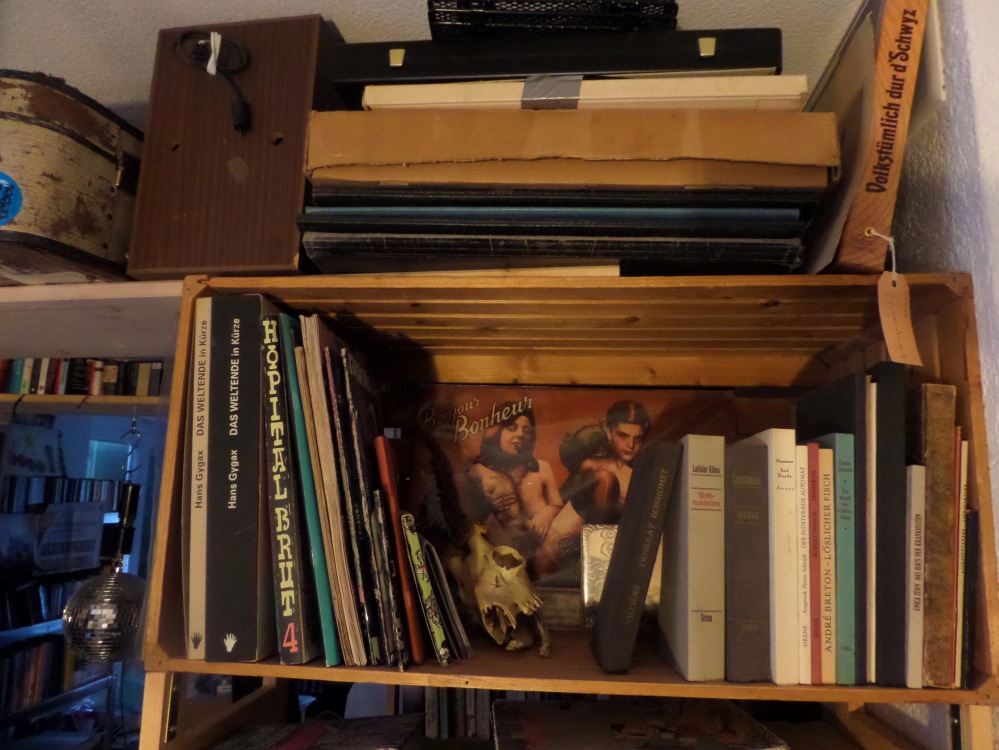 Yes, I think I’ve heard of Le Dernier Cri, perhaps when I was in Marseille at Embobineuse, a very bad-reputation venue! And nice to see that you’re in touch with Sigillum S (Paolo Bandera) and with Tasaday, one of the best half-hidden ‘industrial’ (if we can say this) bands in our country. I’ve also seen Lustmord, Death in June and other ‘happy’ stuff among your records… what is your musical background? electronic/industrial? Or musique concrete? Or turntablism culture, as DJs, or David Toop stuff? How did you come to that weird and (as far as I know) unique way of using the turntables?

As far as I now started Le Dernier Cri at Embobineuse. It is a nice place to play, isn’t it? I never met Paolo Bandera personally and I never saw them live yet, with Tasady I shared the stage once and I could be part of two tracks on their last CD. My musical background is quite open, beginning with industrial, touching musique concrete, apocalyptic folk, no wave, noise, drone, minimal music and ending with (non-academic) contemporary music. But allover I prefer ‘happy’ stuff.

I collect albums which are done by the use of turntables as instruments. Except the work with Dälek and their former DJ Still I’ve never been in touch with turntablism or DJing.

My approach to work with manipulated turntables is accidentally, too. During the 80ies I was listening to a lot of noise music but the records were limited, hard to find and too expensive for me. So I tried to cut out the grooves of a bad pop album by replacing the stylus with a sewing needle, in the hope to get a unique noise-record. Well, I failed for this but I realized this procedure creates nice sounds, so I started to experiment – which is what I’m doing now since three decades… 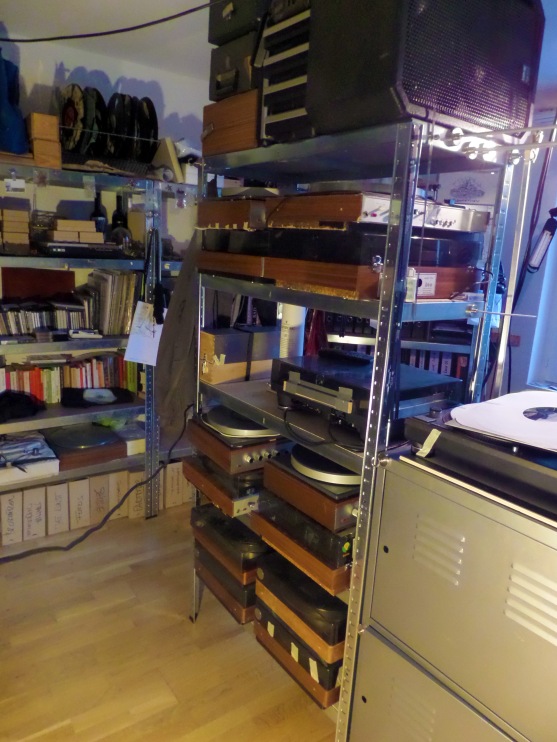 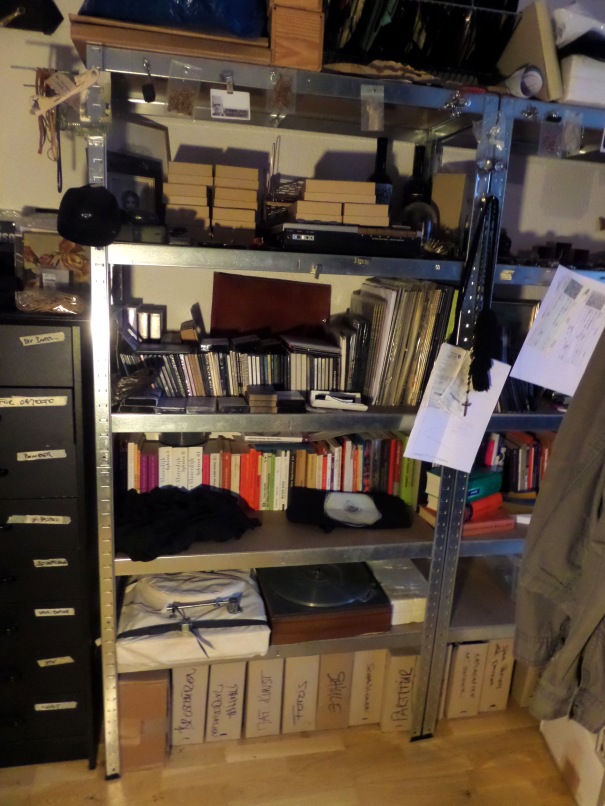 After more than ten years of making music with turntables, tapes and loops the Swiss musician, artist and performer Christoph Hess started in 1998 the project Strotter Inst. to concentrate just on the manipulation of turntables not using any records made by someone else. Strotter Inst. has collaborated live with Sudden Infant, Maja Ratkje, Patricia Kopatchinskaja and many others, he performed throughout Europe, Russia, China, Japan, USA and Bolivia. 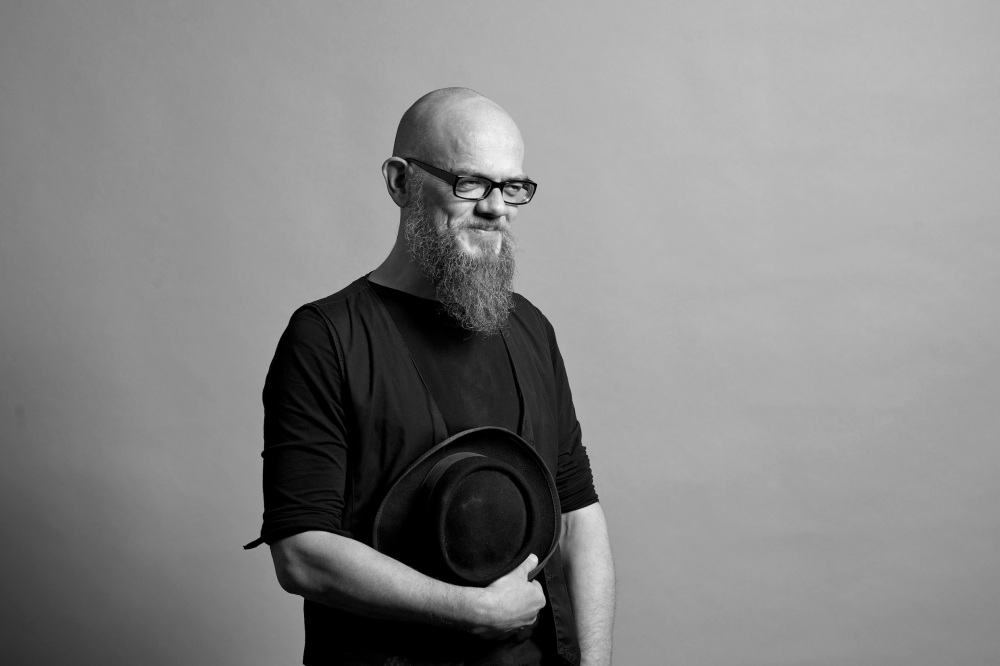