I see the unusual compilations here! Nice… often compilations are badly considered, a sort of ‘cheap’ format for publishing records, but actually I remember how in my life some compilation has really hitten me, letting me know a bunch of new bands. What are the ones ‘special’ to you? Why do you like them?

I’ve always loved compilations and also their strange, much-maligned sister the remix album. From a well-curated compilation you can discover lots of great new artists, and to me it’s also nice when you have an exclusive track from an artist you love, just in this one special place (at least for a time).
Back in the ’90s when I really started collecting music, I loved the compilations from Ninja Tune, always on a well-focused dubby instrumental hip-hop tip, and the Warp Records compilations. At one point Warp asked DJ Food to make some DJ mixes for them, and the Blech cassette and Blechsdöttir comps (mixes really) with amazing Designers Republic artwork, were treasured in my collection. Great compilations focusing on some genre or scene – Kevin Martin’s two brilliant Macro Dub Infection comps for instance – can be real stayers that you go back to frequently.
As a 20+ year subscriber to The Wire Magazine, I’ve been listening to their Wire Tapper and Below The Radar compilations since the beginning, and discover a lot through them, even now that my knowledge is much broader. These are more transient – I only revisit a few, especially the earlier ones which had many exclusives and were beautifully put together.
I should add that I discovered your own music through one of the Dronarium compilations 🙂

Yes, I remember that, and for me it’s always lovely when I’m invited to participate in any compilation or remix album. You keep mentioning electronic music and I see the many FTSOL records, a band sometimes known for being “progressive-rock-oriented-electronics”, especially in the great “Lifeforms”. You play cello in a number of different projects, but usually those who play that kind of instrument come from a long tiring series of classical studies. Was the way to electronic a sort of ‘escape’ from the (usually) narrow paths of classical music? Or did you always cultivated that passion along with the ones for ‘your’ instrument?

Yes, so I’ve been into electronic music since the early ’90s. When I was in school I had a romantic idea about how futuristic & revolutionary electronic music was – Jean Michel Jarre (haha), Depeche Mode and suchlike, and then I discovered The Orb when their first album came out, and FSOL shortly afterwards. I was hugely inspired by FSOL the way they used sampling in both an ambient way and in the rave & dub-inspired beats – I remain a fan today. I also started getting into some dancefloor stuff, particularly drum’n’bass, alongside more experimental electronics.

In terms of my own music, though, in about 1994, while at university and playing in youth orchestras, I formed my first band FourPlay String Quartet with some friends who wanted to break out of the strictures of playing classical music, reading notes off the page and so on. This was very much an indie/alternative rock thing for some years and taught me how to play basslines and riffs, play loosely, improvise and so on, continuously as we stretched out into jazz, gipsy, dub, and whatever else we could make work…
So as a performer I made my “escape” from classical music more through the rock world initially. I would say I didn’t have the dedication to be a really good classical musician, and it’s this break-out that allowed me to keep busily making music after the youth orchestra years!
I started making beats in probably 1997 or so, chopping up breaks in Sound Forge! Very primitive for years. In 2001 I curated a double CD of remixes of FourPlay, from many prominent Australian electronic musicians, many of whom I knew from the scene – including Pimmon, David Thrussell / Black Lung, Darrin Verhagen, B(if)tek, Tim Koch and others.
At this point I haven’t played “real” classical music for 2 decades really. I don’t consider myself a classical musician, although my solo music as Raven, and my work with Sophie Hutchings, gets classed as “post-classical” or “neo-classical” or something. It’s more like ambient/experimental or instrumental post-rock with classical instruments or something though! 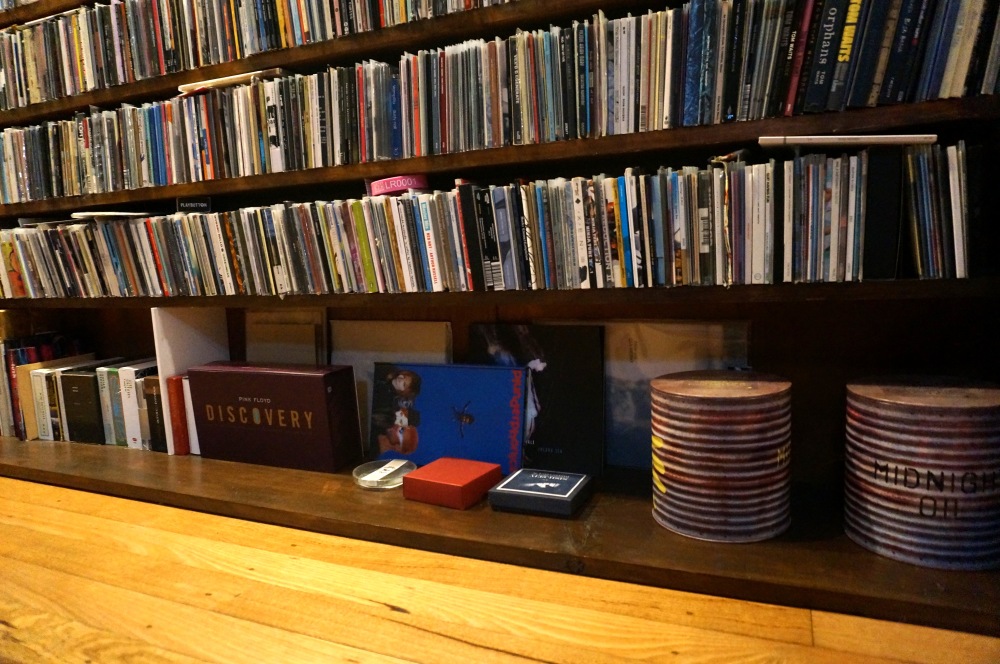 Ok, so I have the last curiosity: what is that pink roll labelled “LR001”? Is it a strange release or something that has nothing to do with music but it’s there by chance?

This is one of those unusual releases that are cropping up now that the younger generation mostly doesn’t buy CDs.
It’s the first compilation put together by a collective called LISTEN from Melbourne, who have been doing very valuable work publishing the stories of women and LGBTQIA+ people in the music industry – people who in general experience a lot of discrimination and abuse that goes untold (and therefore occurs without consequence to the perpetrators). The idea that people in a place of privilege – like myself – should listen rather than offer half-baked opinions over the voices of the marginalised is something that more people ought to take on board.
Anyway, so this is a wrist-band (albeit too small for my wrists!) which unlinks to reveal a USB stick with the tracks from the compilation on it. The compilation’s also available on Bandcamp of course. It’s a nice idea, although I was having a discussion on a friend’s Facebook post recently about how much owning different objects feels like owning an album – does a t-shirt that comes with a download code feel like the album? A postcard? A book of lyrics or poetry? Not so much to me. So, a USB stick that actually contains the music? I get it, I even quite like it, but I’d prefer a CD 🙂 (or even, *shudder*, a vinyl record).

It’s very interesting to me this point about the formats of music. I mean: I somehow grew up with the culture of CDs (less of LPs, maybe because I’ve started to buy records in the 80s/90s), so I’m somehow ‘attached’ to those specific objects. So, even though if I’m doing ‘special edition’s of my own records, I must admit that sometimes it’s mostly a mere marketing thing. In some case the special format, like the one of that LGBTQIA+ usb card is part of the semantic aspect of the release, in some other is just a bait for fans and buyers… So, one last question: when some label is going to release a record of yours, which format do you usually prefer? LP? CD? Digipack or something different? I personally still love the digipack…

Yes – you’re right that the pink wristband is really meaningful for that release, so it’s quite a nice thing.
Like you, the CD is the “native” format for me. When I started buying music as a kid it was the mid-’80s and I was buying cassettes. I could carry them around in my Walkman (haha) and of course tape music off the radio or friends, and it was ultra-convenient, but it was hissy and clunky, and had to be rewound (stick a pencil in the hole and spin it around!), and I truly never had a great love of the format (I find the nostalgia for cassettes now kind of ridiculous to be honest). Meanwhile, LPs were these big unwieldy, crackly things that could only be played at home… Meh.
So yeah, when CDs became an affordable consumer format, I just jumped on them – real silence! great dynamic range! track markers! and portable! – and by the early ’90s I had some disposable income and was collecting CDs. A few years into the ’90s I did get into electronic music – both IDM/ambient stuff and drum’n’bass/techno – and so I just had to buy vinyl to keep up. But I was never attached to it, and by the time we got to the mid-2000s and most vinyl singles and such releases were also available digitally, I ditched vinyl almost entirely.
With Tangents, our albums are being released on vinyl by Temporary Residence – but fortunately in CD editions too. CD is what I love the most, and I’d be particularly sad if something I made got a vinyl edition (or cassette?!) but not CD!
Digipak is sweet but through my brother’s dedication to environmentalism and sustainability I’m pretty attached to plastic-free pure cardboard packaging now (I’m thinking of digipak as cardboard with a plastic tray glued on). This can be expensive, but can be beautiful and very satisfying – e.g. the standardised format Constellation uses, or many amazing thick card editions from Japan. We seem to be seeing divergent aesthetics now: many labels are doing very generic jewel case editions to be as cheap as possible (which is sad, but at least they release CDs!), and others are making lovely special packages for the connoisseurs remaining among us… 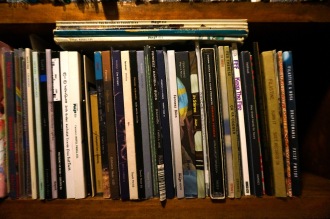 Peter Hollo is a musician, broadcaster and programmer from Sydney, Australia. He makes music solo as raven, using cello, piano, electronics and found sounds. He plays cello in Tangents, a postrock/electronic/improv ensemble signed to US label Temporary Residence, and has played cello in FourPlay String Quartet for over 2 decades. He also plays cello with Sophie Hutchings and has collaborated with a long list of musicians. He is also known for showcasing “postfolkrocktronica” on the long-running radio show Utility Fog on Sydney’s FBi Radio.