I love doing this stuff, I have the impression of getting much more ‘close friend’ to the one I involve. Each time I get the pictures, I discover something I expected (The Beatles) and I didn’t (Les Claypool). So you’re a huge fan of the Fab Four, like sooooo many others in the world. I know it may sound silly but… why? As soon as I understood, you’re not old enough to have grown with their music.

By the time I entered the world (1972) The Beatles had come and gone and done their thing, but their music was still everywhere. My Mum’s side of the family are big music lovers and I heard the name ‘The Beatles’ often, I heard their music on the radio every day and almost every band interviewed on television cited The Beatles as their main influence. Then one day – aged around seven – I found a 45rpm single of the double A sided “I Feel Fine”/“She’s A Woman”. I played it on my Mum’s old Fidelity HF35 record player and was instantly hooked. At that age I had no real idea why of course, all I knew was that I was fascinated by the feedback sound on the opening of “I Feel Fine” and that both tracks had an indefinable something that no other music I’d heard before seemed to have. I was even fascinated by the black Parolphone label as I tried to decipher what all the numbers meant. A couple of years later I was given the single as a gift when I got my first ever record player (battery operated!). In early December 1980 I remember playing the record endlessly one weekend – along with my BBC Space Themes LP – and then on the Monday the news broke that John Lennon had been murdered. On Tuesday morning at my school assembly our headmaster – who was visibly upset by the news – played Imagine on the piano and we all sang along. Afterwards, I went to speak to him because I wanted to talk to him about my Beatle record and impress upon him that I was a fan too.

I told my headmaster that John Lennon wasn’t dead because he’s on lot’s of records and that meant he will live forever. Child logic is still winning, because he’s still alive for me and millions of others. All of The Beatles will live forever. It’s not just the music, but their story which fascinates me – a story which always seemed to me almost supernatural. In the words of LSD evangelist , Timothy Leary:

“I declare that the Beatles are mutants. Prototypes of evolutionary agents sent by God, endowed with a mysterious power to create a new human species, a young race of laughing freemen”.

And finally Queen! I’m a huge fan, I grew up with them in the 80s, but now, each time I speak with some of my friends found of music, the stare at me ad joke at me. Why do you think that Freddie Mercury and his band is so underestimated or even scorned by many ‘music lovers’?

I discovered Queen around the same time I discovered Led Zeppelin aged around 13 (1985) For a long while I favoured Queen as the better band – there was just so much going on on those first few albums. I was obsessed with Queen II in particular which was an amazing hybrid of opera, heavy metal, humour, double entendre and multi layered technical wizardry. The band embraced their popularity and played up to their flamboyant image which I suppose some people found too outrageous to cope with – how dare they lap it up?! I had no idea that Queen were scorned by some music lovers – they can’t really be music lovers then! Because Queen were undeniably over endowed with exceptional and unparalleled musical talent. Freddie Mercury’s vocal talent was blisteringly impactful and Brian May designed and made his own guitar with his Dad – the red special. Not only that, he could make his guitar sound like anybody else’s. You want Hendrix… you got it! You want Jimmy Page… you got it! I think because they mixed macho music with the fey and the camp, this may have confused certain people. Macho men in particular! Or maybe it was because they didn’t take themselves too seriously? Either way, I’m sure Queen and their fans can survive any scorn foisted upon them.

Yes, I confirm you that many of my ‘industrial/experimental’ musical friends think that I’m an asshole because I love the Queen… I’m not macho enough maybe! I see that you mention Leary’s sentence about the Beatles being sort of ‘aliens’. And I couldn’t avoid noticing the Dr. Who record on top of of a stack of Vinyls! Even though I love science fiction novelist (form Asimov to Ballard or Dick or Gibson…), I never got into the fascination for sci-fi and also I don’t like the so called ‘unearthliness’ of the typical sound of these kind of telefilm/series. But I have to admiit that Doctor Who Theme by Ron Grainer and Delia Derbyshire is AWESOME! What does the voice of Dr Who have to say about that?

I’m glad you asked me about this one… I honestly think the original Doctor Who theme is the best piece of music ever committed to tape! It is incredible to think that this was made in 1963. It was composed by Ron Grainer (also responsible for the theme music for Steptoe & Son, The Prisoner & Tales Of The Unexpected) but it was realised and arranged by Delia Derbyshire. When Ron Grainer heard it, he said “Did I write this?’ He was expecting to hear conventional instruments. There are no instruments played on the track and no synthesisers. It was made using a bank of twelve test tone generators, a couple of equalisers, a wobbulator and a white noise generator. At school I used to tell people it was made from pure electricity! Each note was handcrafted on quarter inch tape spliced together and sounds were manipulated using oscillators and by speeding up or slowing down certain parts to alter the pitch. They didn’t have multi track either so they used several tape machines playing together simultaneously to achieve the mix. The result is something that cannot be reproduced anywhere. It is PURE electronic music.

When Paul McCartney brought in his bag of custom made tape loops on the Beatles’ Tomorrow Never Knows in 1966, it was clear that he had been inspired by Delia. In an interview in for Q Magazine, he said

“I found out where Miss Derbyshire lived and went round to visit her. We even went into her hut at the bottom of the garden. It was full of tape machines and funny instruments. My plan in meeting her was to do an electronic backing for my song ‘Yesterday’”.

It’s unclear why that particular collaboration never happened, but it’s still a great story. If the Beatles were knocking on her door then that is testament to her brilliance. I urge everyone to seek out her work… you won’t be disappointed and you will be amazed! 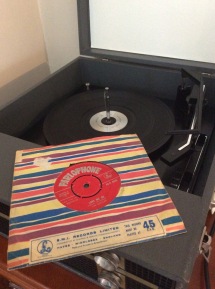 [NOTE FROM CONCRETE SHELVES: months after we made the interview above, I’ve got this message from John, that I post here enterely]

Since my last Q&A session a friend of mine has introduced me to King Crimson and he’s a lovely fella… no, only joking! Waen Shepherd, who just happens to also be known as the byronic Lord of Pop, Gary Le Strange (google him) has recently augmented this Beatles fan into a man who no longer knows who is favourite band is. For many years I assumed Crimson’s pinnacle was the track “21st Century Schizoid Man” – everybody I came across who loved the band always pointed me toward the debut album. Whilst it is clearly astonishing, it was something of a red herring in that it is non representative of the band as whole. Then I discovered that none of their albums are representative of the band as a whole.. because, er… apart from the one constant, Robert Fripp, who the hell are King Crimson? Over the years there have been at least 24 members… I’m a Crimson newbie so that number may not be accurate, but it’s close. It suddenly occurred to me one night that discovering King Crimson was the same journey I went on as a child discovering Dr. Who… so many incarnations, so many adventures spanning so many years and a new sound and a new look every few years. You can’t pin them down, there is no top ten we can all agree on and some King Crimson members can even be likened to incarnations of the Doctor – Robert Fripp is William Hartnell AND Tom Baker! Crimson are not one thing or another – I don’t really know who and what they are, and that is exciting! I will say little more because you too should go and experience them if you haven’t already… but the track that got me hooked was “Indiscipline”, from their 1981 album ‘Discipline’. This monster of a track includes spoken multi meaning lyrics, three very loud controlled chaotic outbursts and polymetric rhythm structures. As Robert Fripp once said “And if you are playing in several meters at once, there has to be a – not a rigid – but there definitely has to be a reference to a common pulse in the band.” And whichever incarnation of the band you choose, there is most definitely a common pulse. Is my favourite band of all time The Beatles or King Crimson… answer = both! I decided to cheat!

John Guilor comes from the sunny England and is currently an actor and voice artist with a strong passion for film and music of all kinds. He believes that music is far more powerful than language and can cross any race and culture. 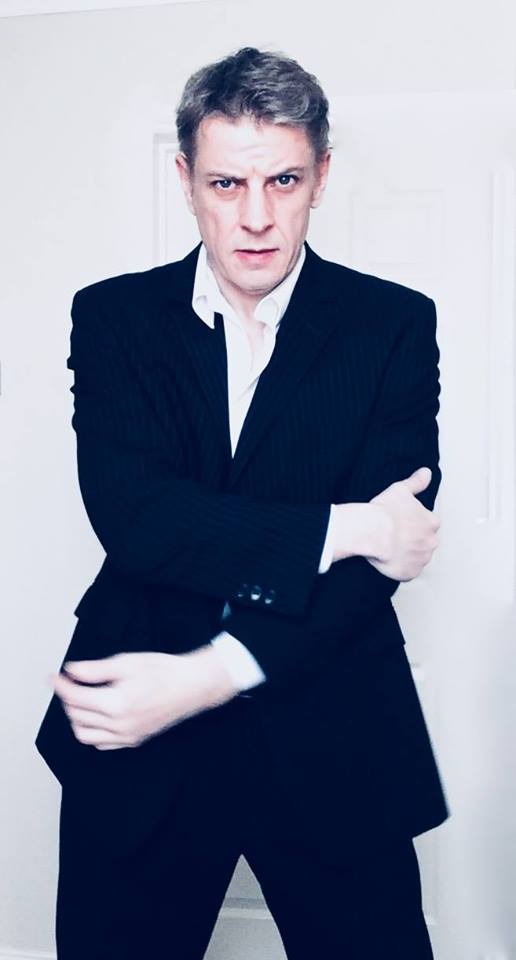