It looks like a ‘listening studio’: there are nothing but records, a table and a laptop in this room! I guess you take listening very seriously, and as far as I know you didn’t give up yet in writing about music (as for instance Davide Montoro recently did). What is still pushing you to do that, in spite of the troubles in reviewing records in 2019?

Passion, illness for music and records, curiosity, physical necessity of listening to new stuff and discover always new paths, new sounds, new possibilities. That’s, more or less, what’s pushing me to write about music in the very few free time I have in this particular part of my life.
Also, I am not a “collector” in the traditional sense, but a sort of maniac of discographies from the bands I like; the problem is that I have an immense amount of favorite bands, almost one per week, so you can understand my collection is growing more and more and it’s trying to take possession of the house, of me, of my life. Seriously, writing about music was a sort of teenage desire I satisfied later in my life; it has been the possibility of knowing a lot of musicians, create connections between people in love with the same “stuff” and acting with the same attitude, also receiving a lot of records and discover everyday a new part of this huge mosaic scattered all around space and time. So I don’t think I’m gonna quit it even if it’s almost hard nowadays and it will be harder day after day, because it’s simply part of me and quit it would be as if someone tells me to quit buying records: impossible!
Sincerely, in the room there’s also a TV, a sofa, a PC station, some cats, some books (a lot of books) but yes, you’re right: I like to listen to music in a very intense mood, while smoking or drinking relaxing on the sofa with my cats burying me alive. 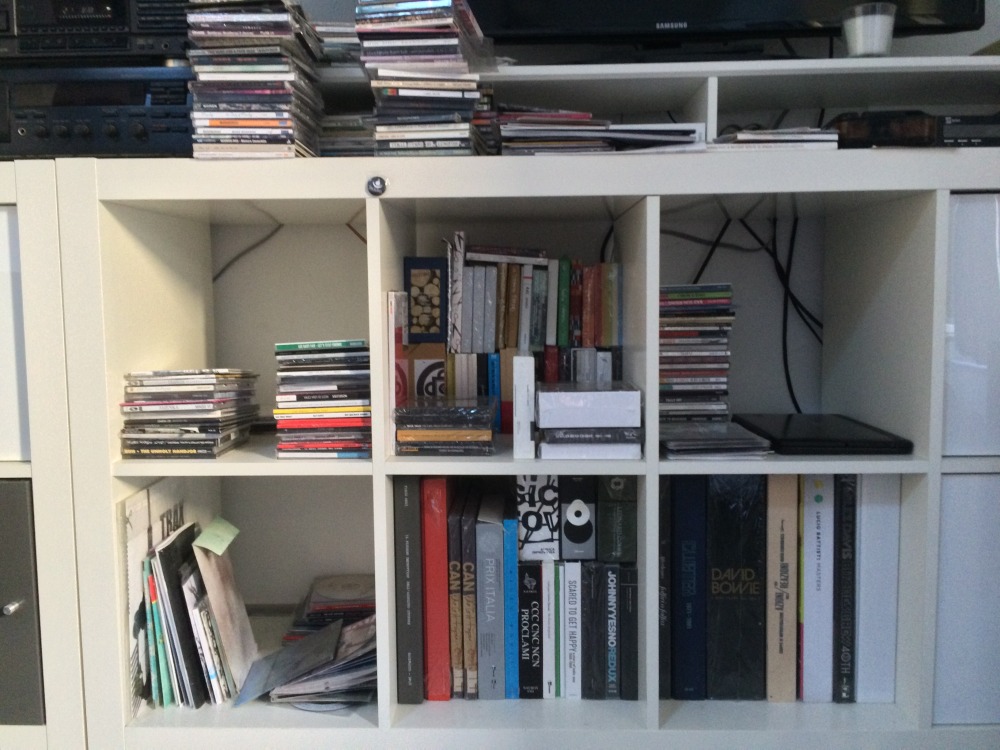 CCC CNC NCN: one of the weirdest musical projects I know… I’m not that much into them, but I know they have huge fans all over the world. I suppose you’re one of them…

You suppose it and you’re right. But I got that box not because (or not just simply for that) I’m a CCC CNC NCN fan – my interest, specifically, was about industrial music but also on the ideological reflection on suicide… – but because I’m really obsessed with box-sets. As you can see I own a lot of – vinyl, CDs or also cassettes doesn’t represent a problem for me – because I consider boxsets as the magnificent representation of near-to-death physical supports. Boxsets are terribly fascinating for me; they are big, they have not only the music but also a lot of stuff inside, notes, pics, huge booklets, memorabilia, stencils (do you know the Neu! box? there’s a stencil to reproduce the band logo)… they represent with no doubt at all my idea of “physical media” opposite to the “musica liquida” we’re involved nowadays. So, would buy boxsets also from bands I don’t like, just to say my obsession for them.

No, I didn’t know that particular Neu! memorabilia stuff. Cool. But still in industrial territories, there’s “Johnny YesNo” of Cabaret Voltaire. I heard of it, but never watched the film, neither I listened to the soundtrack, although I’m a Cab fan. do you like that movie?

Wow! You choose the only one I didn’t see yet! It was a recent present and I hadn’t time for it but I’m very curious about the movie because I loved and still love Cabaret Voltaire. You know, we have a lot of more or less free stuff or things we could buy by a click these days, but the thing I would like to have more than anything else is… TIME! 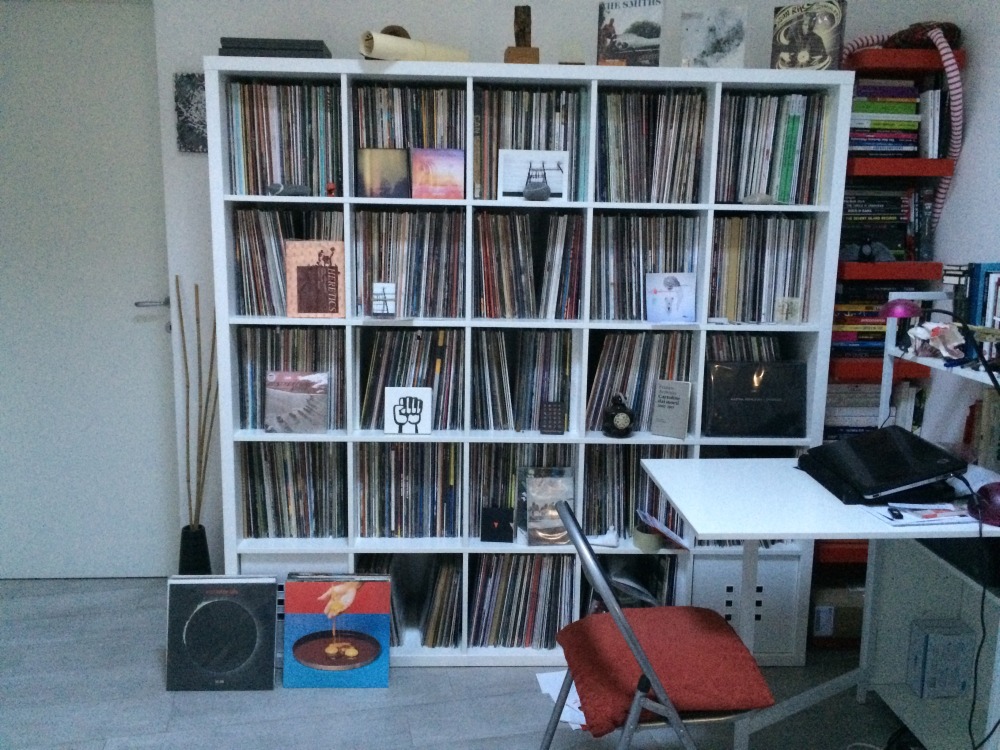 Well, there’s also a book in exposition: “Cartoline dai morti” (“Postcards from deads” – !). What is it?

It’s the latest (or I think so) book from Franco Arminio, poet, writer, filmmaker but first of all “paesologo”, a term he invented to autodefine himself and his attraction for the rural places, for the poetic of memory, of preserving and spread it. Specifically it’s a collection of brief thoughts from people passed away, very poetic and heart wrenching. Give it a chance if you are into that (and into death!).

What is the weird object with pink stripes tentacles on the top right of your shelves?

It’s a handmade propitiatory puppet made by a friend of mine, Francesca of FranzLab. I love imagine it looking and preserving my records from the top of the shelf, defending from the barbarians… 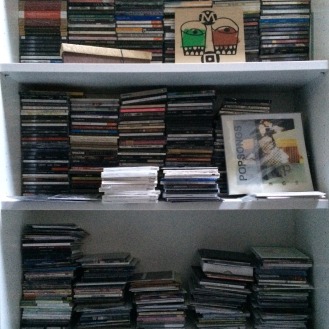 Stefano Pifferi has been and is still today a lot of things apparently incompatible as researcher in Italian literature at the university, being a pilgrim on some sacred routes of Europe, writing about music as a self-taught critic, a wannabe musician without any talent, a semi-professional football player, a cat-lover to the last stage, a uncontrollable record buyer, a stone researcher and a lot of bullshits more.