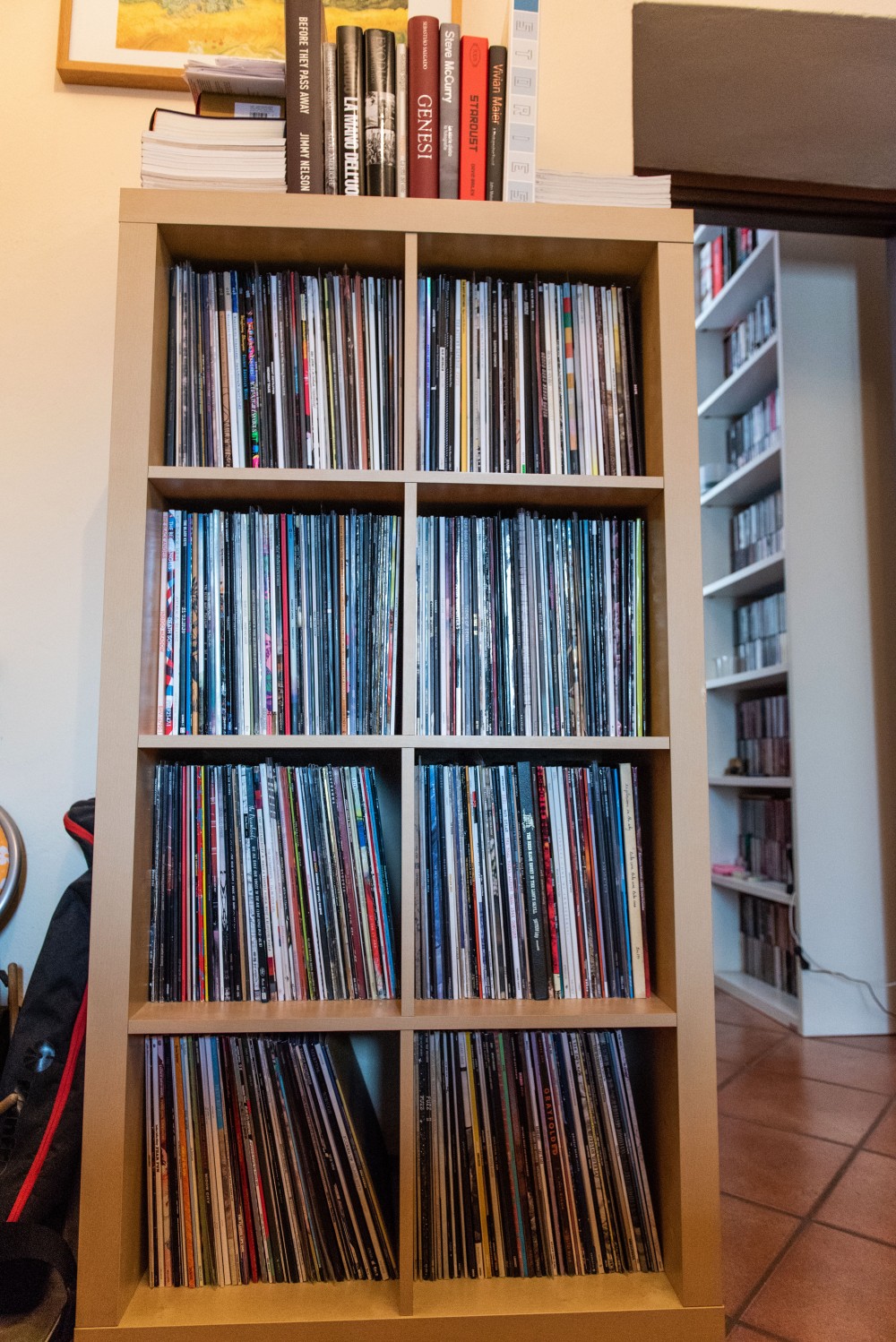 Oh, finally: Simon and Garfunkel! Their “Greatest Hits” is one of the few records that I’m heavily listening since I was a boy! I love them, but few of my ‘musical friend’s are fans… As far as I can see, you are one of them, right?

Actually, I can’t really say that I am a Simon and Garfunkel’s superfan. In fact, the box set you saw in the photograph, which I bought just a few years ago, I bought it to fill a gap, as I had neither the famous record from the Central Park concert nor any of the Greatest Hits. Nowadays, I can say that I do like their records and fancy that, just the other day I took them with me on my car for a further listen! 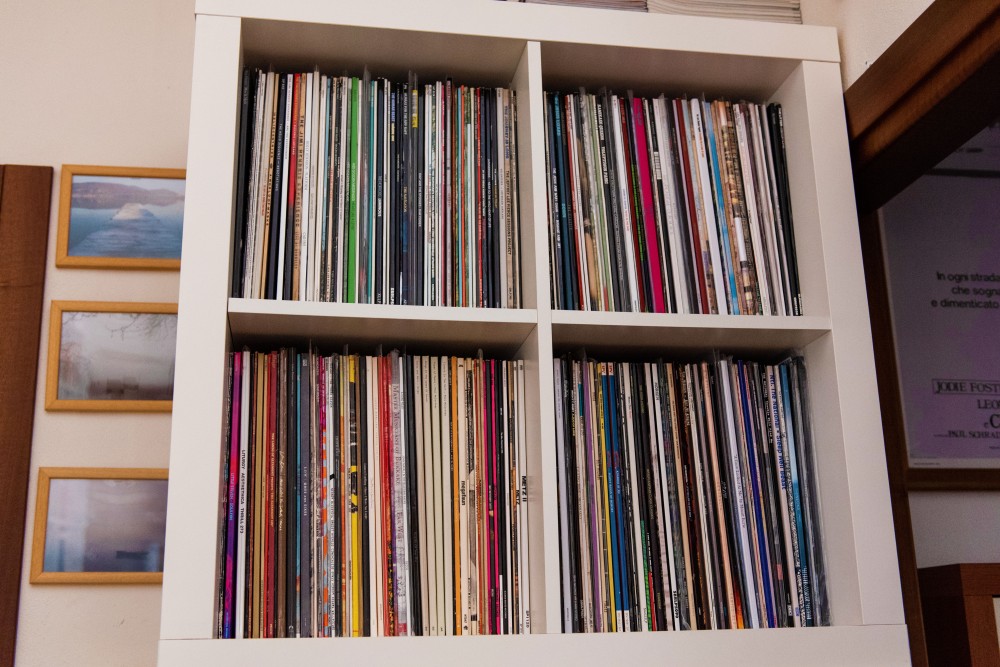 Yes, I keep them in alphabetical order. I try to do the same with CDs, but that’s definitely more difficult, partly because they sometimes have a different packaging, partly because I own so many more, also I monthly receive an enormous amount of various promos (maybe a bit less now, due to streaming and mp3s). From what you have seen I have rather varied tastes. Among the first three you name, let me tell you I have a particular passion for the Mazzy Star. As for the others, Low are definitely one of my overall favorite bands: although there are a few distinctions to be made, I love their entire production, especially the first part of their career and “Secret Name”, the record I had the chance to know them first. I like all their records anyway, the most recent things too such as the record which is about to come out, rather arduous by the way. On the other hand, I like The National but I ‘m not a real fan, I can’t think of an album I unconditionally love. Strange enough I did enjoy their latest album which apparently not everybody did. 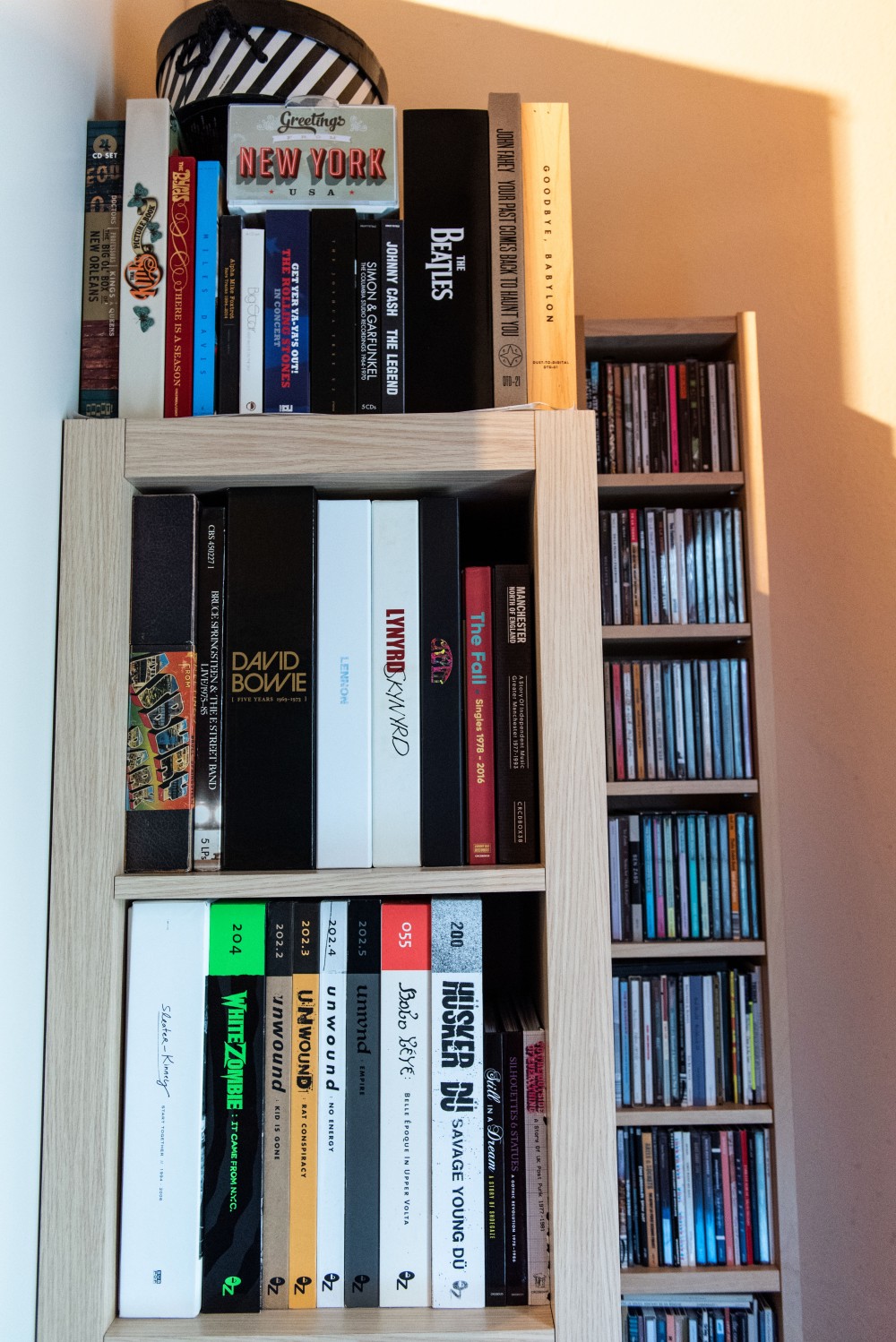 I do love Low and Mazzy Star, but even more Hope Sandoval ‘solo’ works!
But… what are these (boxes? books?) of White Zombie, Unwound and Husker Du? They look very cool…

What you see are box sets by the fantastic Numero Group, a label specialised in reissues with a special attention to packaging which they take great care of. Single LPs and CDs are very accurate but they give their best with box sets, improved with proper books, often in hard cover and coated paper. Going into details: the one about the White Zombie contains all the band’s material before they signed with Geffen, that is everything before “LA Sexorcisto”; those about Unwound contains their entire discography, EPs and outtakes included; the one about Husker Du is focused on their career’s first years, with reprints of their very first works and tons of demos and unreleased recordings.

My last question is about the dark zone of your collection, the messy bunch of CDs that I guess are promos that you got for reviews, as you mention. As an ex-music reviewer, I know how crazy can be people in sending promos, and how unpolite sometimes when their ‘oevres‘ are not reviewed or just badly evaluated. Could you tell me some story about that? Some anecdote of angry artists, or on the opposite, maybe enthusiasts of your reviews in a strange way?

When I started my collaboration with Buscadero, some fifteen years ago, keeping up with the things they would send me was relatively easy. As time went by, and more so in recent years, things have gone nuts. Some months, if you count all the CDs, streaming, mp3s and sometimes vinyl and cassettes as well, I receive as many as 50/60 new records in a month. You can easily understand that not only listening to the whole lot becomes difficult, also reviewing everything becomes impossible (I would need a magazine of my own and a 48 hour day!). I never had artists angry with me really, maybe a few felt let down because I hadn’t found the way to write about their album or someone expected a more enthusiastic opinion, but always within the boundaries of decency. Quite the opposite: many have thanked me for putting their work in a good light or giving it a little less superficial reading. Consider that I deal with press offices most of the times, so the relationship is rather professional, leaving little room for funny anecdotes (I can just remember of a guy who once told me: “Even if you can’t review this record by some mr X, just mentioning his name somewhere will be enough”!). More amusing things happen with the readers instead: most of them are kind and luckily they appreciate my work, still, I got emails from people accusing me of being a junkie (for giving a Swans’ record four stars, for example) or reproaching my political comments in some review. I also received a couple of bizarre cassettes: one was from a bloke who had recorded a song from the radio and wanted me to tell him who it was (we are talking of a pre Shazam era and, for the record, it was the Pixies), the other contained a few drum lines and the guy would ask me if I knew someone who might need his services. The world of music and its fans is basically a multitude of funny nutters – me being one of them – and maybe that’s just the fun and the beauty of it! 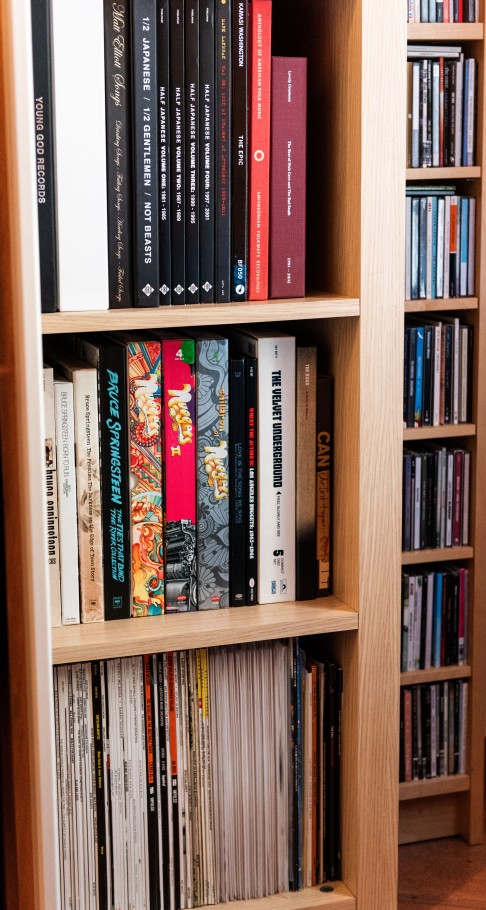 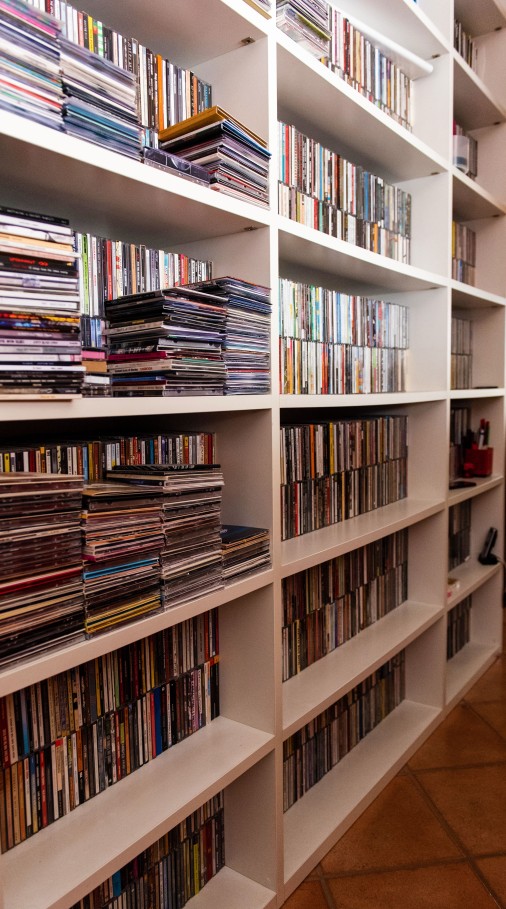 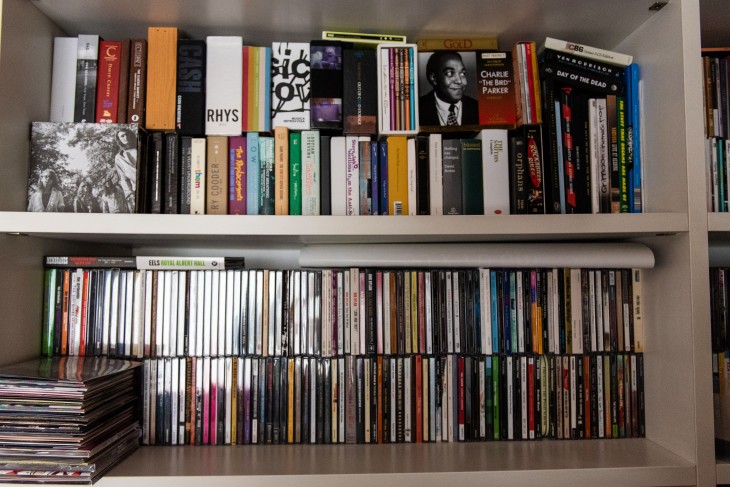 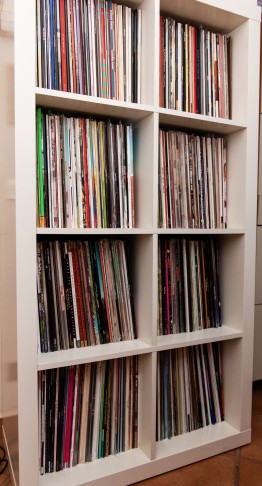 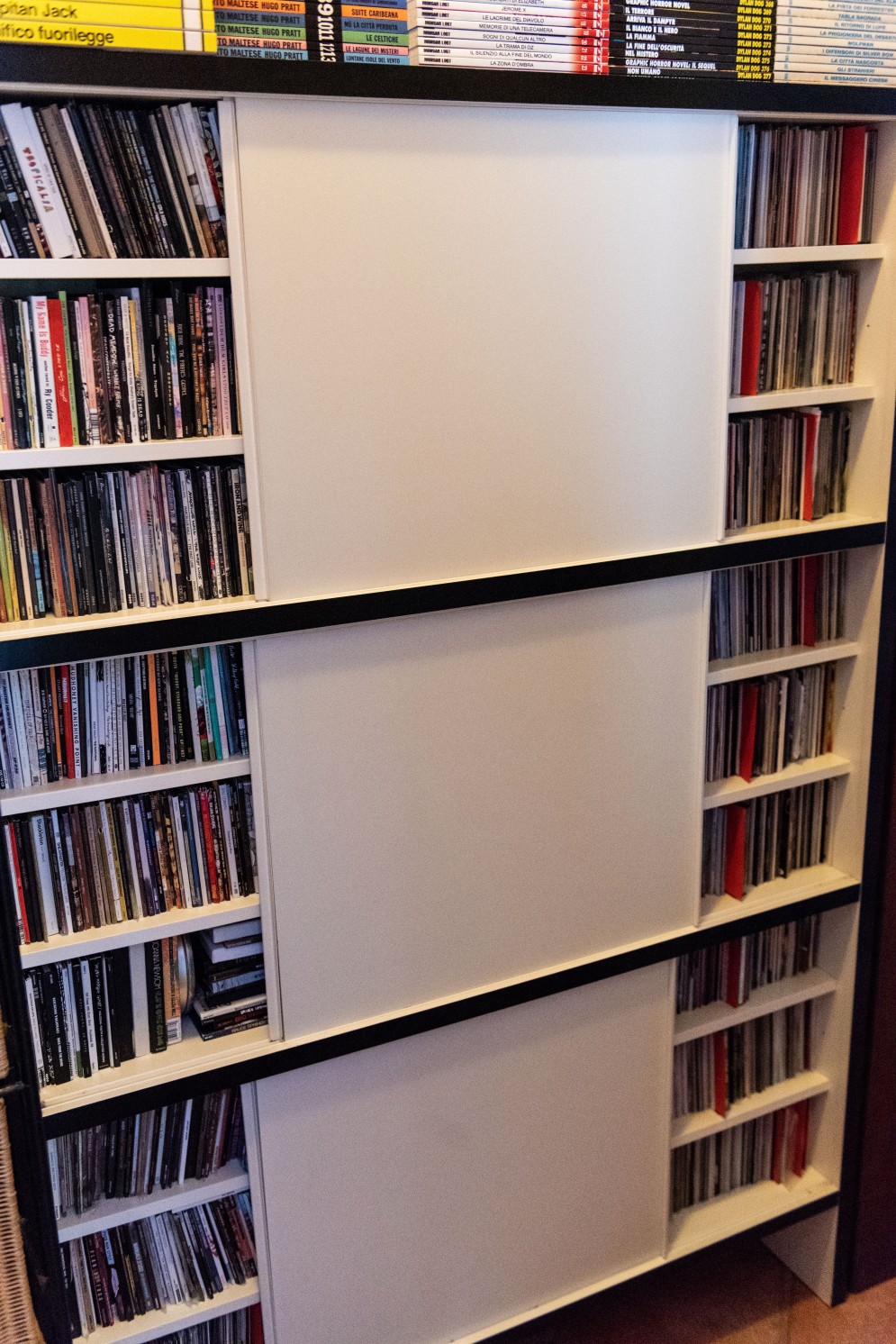 Lino Brunetti has always listened to too much music and he also sees an exaggerated number of concerts. He writes about these things on Buscadero, the oldest rock magazine in Italy, where he is editor, photographer (one of his photos is on the cover of the vinyl version of Pontiak’s Echo Ono) and website curator. He also has a blog, but it’s not easy to understand where he finds the time to do these things. In fact he has a real job: he works in Malpensa airport as ramp agent. 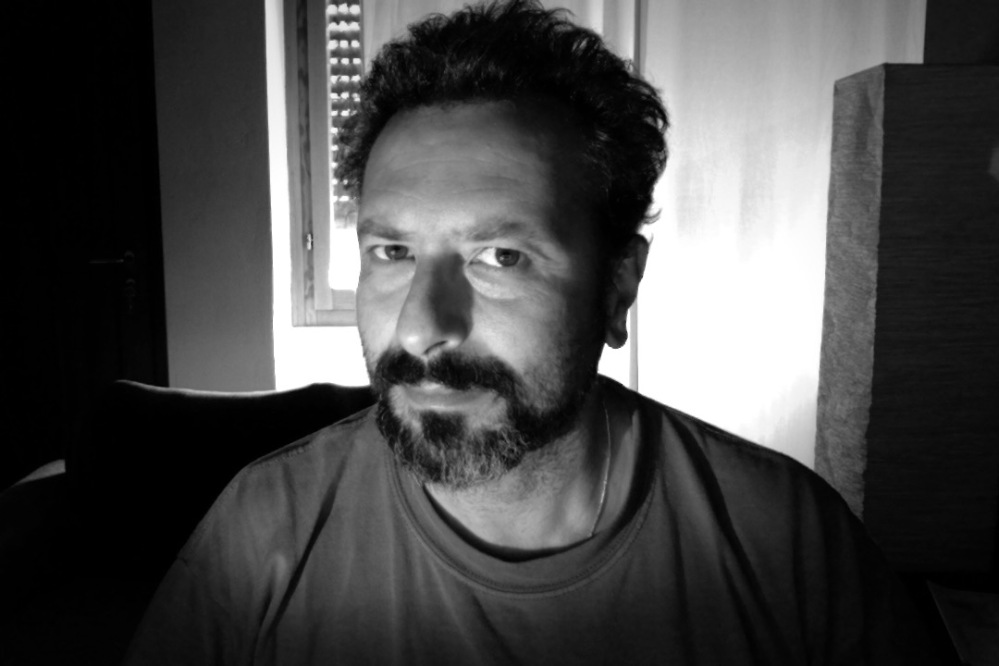